Blog - Latest News
You are here: Home / Learning Technology / If there is no wealth like knowledge, then share the wealth through vi... 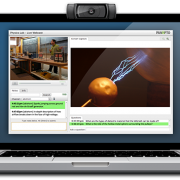 The Dalai Lama said  ‘Share your knowledge, It’s a way to achieve immortality’. Now, it’s not my normal practice to start blog posts with quotes from the Dalai Lama but in this case, I thought it rather apt.  One of the most effective ways to capture and share insights (both in reach and cost) is via video – nothing new there but interestingly I believe it’s one of those topics that suffers from chronic over thinking and not enough action.  If you are going to be immortalised in video, you need to get it right! For me, there are two clear choices; professionally shot video or authentic raw video takensimply and shot in context.  However, often the costs of high production video are prohibitive or simply don’t make sense.  if it’s for a major product launch or key strategic 12 month programme then perhaps, but in a rapidly changing and shifting environment where context and challenges move at pace, it’s not going to work.  It’s then in the hinterland between the professional film crew and simple webcast style that disaster can lie.  Please, whatever you do, don;t take the compromise position between the two – an attempt at a formalised video with your protagonist in a boardroom, by a strategically positioned pot plant or casually leaning on the balustrade of a first floor landing, shot with a camcorder – save us all!  It’s as natural and authentic as a politician having a pint in his ‘local’ or ‘spontaneously’ joining in a kick about at the park!

It’s never been easier to create authentic, true to reality, simple video that captures the context and reflects on the lessons both good and bad from people really doing the work that needs to get done.  One such solution is Panopto, the video capture platform, which we have integrated into our cloud LMS, Pathway.   It enables people to rapidly capture video, automatically sync it with relevant media (such as a slide deck that outlines key lessons learnt, instructional video of a key process) and makes all content searchable.  It also enables others to collaborate by adding their own tags and comments. It’s a living library that can grow, flex and change as quick as you need it to.  It’s technology like this that’s putting valuable content development into the hands of your people and if they create it, they will believe it and use it. 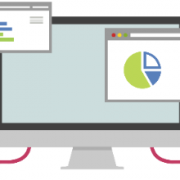 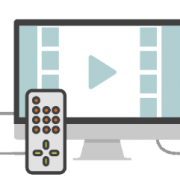